John Darby Did Not Invent The Rapture, by Dave MacPherson 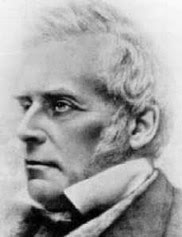 John Nelson Darby is not the "father of dispensationalism" (the favorite feature of which is an imminent pretrib rapture)!
While you may be gnashing your teeth, I'll share a present web quote from Dr. F. Nigel Lee (owner of nine earned doctorates!):
"Dave MacPherson, in his various books, has made a major contribution toward vindicating Historic Christian Eschatology. The 1830 innovations of the disturbed Margaret Macdonald documented by MacPherson - in part or in whole - immediately spread to Edward Irving and his followers, then to J. N. Darby and Plymouth Brethrenism, and were later popularized by the dispensationalistic Scofield Reference Bible, by Classic Pentecostalism, and by latter-day pretribulationists like J. F. Walvoord and Hal Lindsey."
[In this paper I include pages in my book "The Rapture Plot" which have complete sources for all quotations.]
Leading pretrib (and Darby) defenders like Charles Ryrie and John Walvoord declare that dispensationalism sprang from Darby's "distinction" between the church and Israel (Plot, p. 88)
This reportedly led to Darby's strange belief that Matt. 24's "elect" are Jews and not the church.
Incredibly, Darby wasn't first or original with any aspect of the same system including this bedrock known today as the church/Israel dichotomy!
In the Dec. 1831 issue of "The Morning Watch," a journal published by Rev. Edward Irving and his followers, a writer focusing on Matt. 24 said that "the tribulation of those days" will be "poured upon the Jews..." (Plot, p. 71)
Even Darby-idolizer R. A. Huebner, on whom Walvoord leaned almost exclusively in two of his books when opposing my research, admitted in his 1991 book (Plot, p. 71) that Darby did not believe that "the elect in Matt. 24 were Jewish saints" until "1832 or 1833" - both of which are after 1831 and the Irvingites, a group so original and innovative (and copied by Darby) that I'm tempted to refer to them collectively as the "Walt Disney of the 1830s"!
In a moment when he was prophetically challenged, Huebner's 1991 book offered an early Darby quote that Huebner suggested could be a hint of pretrib as early as 1827 (which would have preceded Macdonald and the Irvingites). Even though Huebner had second thoughts and admitted later in the same book (p. 100) that he could be wrong, Thomas Ice keeps announcing publicly that Huebner "documents" that Darby was pretrib in 1827 (Plot, pp. 213-220)!
What both Huebner and Ice have covered up: that Darby's own words at the time prove that he was posttrib from 1827 through 1838 and that he had no clear pretrib teaching before 1839 - nine years after Irving and his group had begun the clear teaching of it (Plot, pp. 95-120)!
In addition to the church/Israel dichotomy and the pretrib rapture, the Irvingites also preceded Darby and his group on other dispensationalist aspects including the literal method; the Gentile parenthesis; rapture arguments based on unclear OT and NT types and symbols; and the "church-in-ruins" theme!
Darby never once claimed to be the pretrib rapture originator or even the founder of any theological system. He even disliked the term "system." He wrote that "A system takes the place of godly subjection to the word," and added (in 1880): "Truths are sometimes simpler, when we take them simpler and do not make a system."
At least we can view him as a zealous (almost arm-twisting) "popularizer" during his many worldwide trips while spreading what he referred to as the "new" (his term) pretrib rapture view (Plot, pp. 137-138).
If Darby watchers had known all along about the historical bombshell revealed for the first time ever in my "Plot" book, they never would have called Darby the "father" of anything!
In brief, here's what happened. After Darby's death in 1882, one of his influential disciples wrote and published a series of articles in his own journal supposedly detailing the history of the Irvingites as well as that of his own group, the Darbyist Brethren. 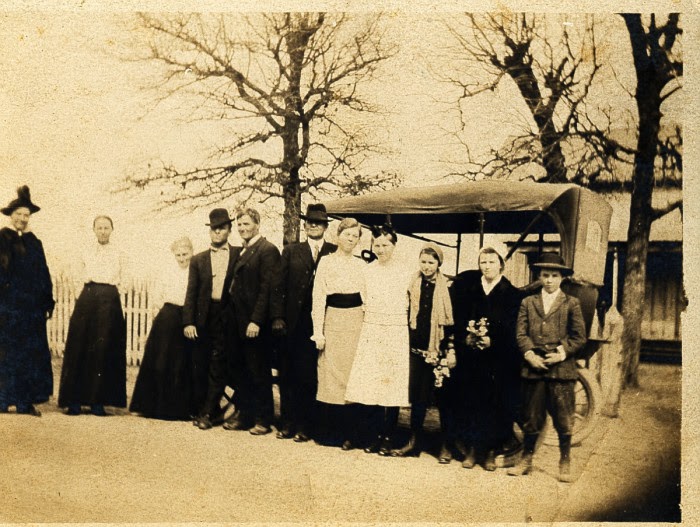 His aim was to give Darby lasting fame. He accomplished this by furtively adding, subtracting, and changing many words in the earliest, hard-to-locate "rapture" documents - Irvingites (see photo of them above from 1915) as well as Brethren - thus giving the false impression that Irving and his followers had not been first to teach pretrib dispensationalism. By dishonestly covering up and eliminating the Irvingites who truly had been the first in everything, he was able to deceitfully and wrongfully elevate Darby as the "father of pretrib rapture dispensationalism"!
The entire name-revealing exposure of this century-old fraud - perhaps the greatest money-making hoax in religion ever - is aired for the first time ever in my book "The Rapture Plot" (available by calling 800.643.4645).
Sadly, the same Darby-exalting merchandising is still with us (Google "Pretrib Rapture Dishonesty" for details).

Dave MacPherson. What People are saying 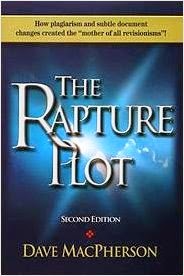 What They Are Saying About ... THE RAPTURE PLOT!

Gary DeMar (President American Vision): "A majority of prophecy writers and speakers teach that the church will be raptured before a future tribulational period. But did you know that prior to about 1830 no such doctrine existed. No one in all of church history ever taught pretribulational rapture. Dave MacPherson does the work of a journalistic private investigator to uncover the truth....The Rapture Plot is the never-before-told true story of the plot - how plagiarism and subtle document changes created the 'mother of all revisionisms.' A fascinating piece of detective work." Robert H. Gundry (Professor Westmont College): "As usual MacPherson out hustles his opponents in research on primary sources. C. S. Lovett (President Personal Christianity): You don't read very much of Dave MacPherson's work before you realize he is a dedicated researcher. Because his work has been so honest and open his latest work The Rapture Plot has produced many red faces among some of the most recognized rapture writers of our time. When their work is compared to his it is embarrassi ng for them to see how shallow their research is." R. J. Rushdoony (President Chalcedon): "Dave MacPherson has been responsible for major change in the eschatology of evangelical churches by his devastating studies of some of the central aspects thereof. In The Rapture Plot MacPherson tells us of the strange tale of 'rapture' writings, revisions, cover-ups, alterations and confusions. No one has equaled MacPherson in his research on the 'pretrib rapture.' Attempts to discredit his work have failed...." 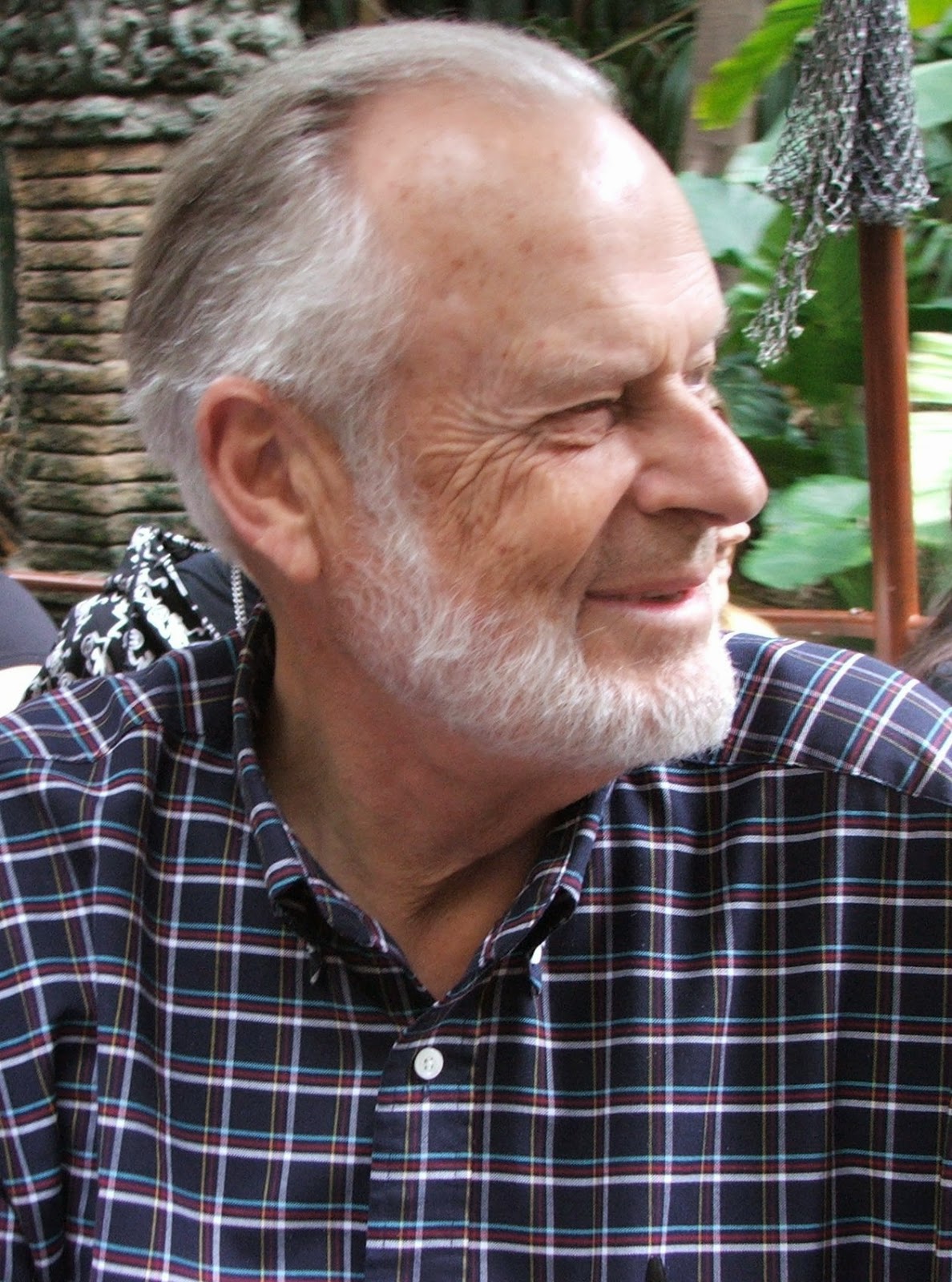 About the Author: Born 1932 of Scotch/English descent Dave MacPherson is a natural for British historical research. His calling was journalism. Receiving a BA in English in 1955 he spent 26 years as a newsman reporting and filming many notable events persons presidents and dignitaries.
Posted by Unknown at 9:07 PM